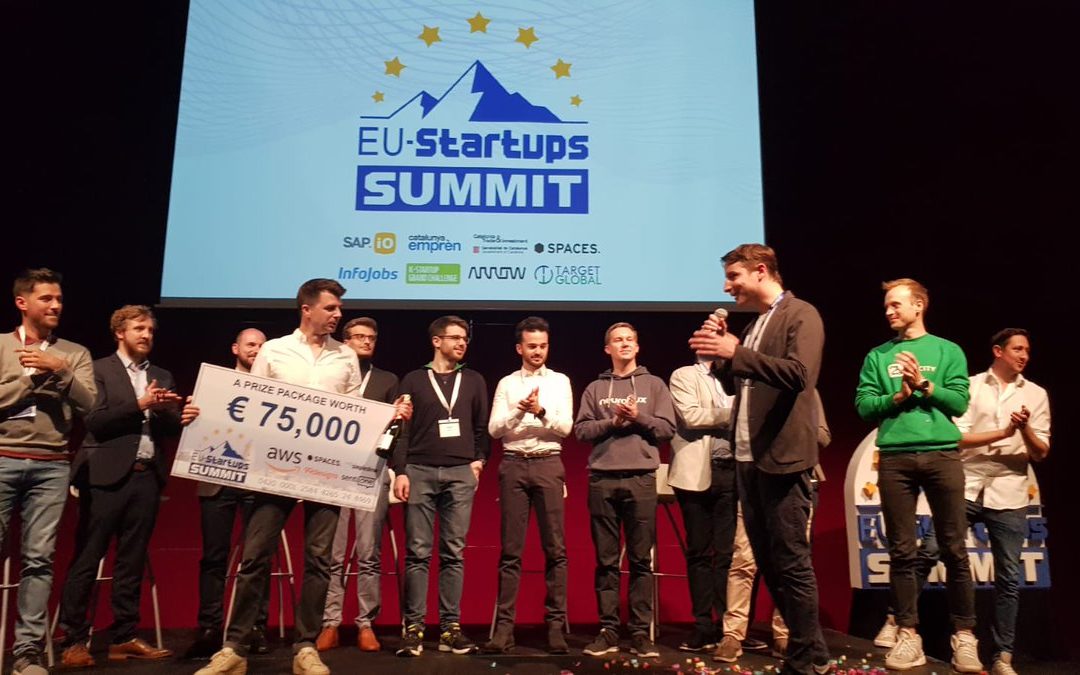 The startup accelerator environment in Europe is changing.

The landscape has transformed a lot since I relocated from Silicon Valley to Europe in 2012. What was almost non-existent has become a saturated market in just a few years. Worldwide, there are 7000 startup accelerators and incubators in 2019.

With so many offers out there today, comparing programs can be confusing and overwhelming. Accelerators are having to work harder to differentiate themselves. This was evident as each panelist presented their elevator pitch to a room full of tech startups.

Even the language is shifting. According to five of Europe’s top accelerators on a panel at the EU-Startups Summit in Barcelona last week, Accelerator is becoming such an overused term, it’s losing its value.

The panelists included representatives from Wayra, APX, Next Big Thing, Startup Wise Guys, and Rockstart, headquartered in Spain, Germany, the Baltics and The Netherlands. The moderator was Cathy White, the articulate and engaging founder of CEW Communications, a London-based agency serving tech scaleups.

Here’s what we learned:

Everyone spoke about the necessity of providing long-term support and capital, going well beyond what typically used to amount to a 3-month program.

Nowadays, it’s about being sustainable. It’s about managing the entire lifetime of a startup, not just the first few months.

2. When you’re applying to programs, consider the following:

3. During the selection process, remember to ask questions.

The minute you apply, you are in a due diligence process with the accelerator. It’s no different than with an investor or fund. It’s surprising how few entrepreneurs ask questions during the selection process. It’s a missed opportunity, basically.

4. Show them your numbers.

5. More than anything else, they invest in teams.

For accelerators like APX, who are focused on the pre-seed idea stage, they want to know how strong your vision is, how well you can turn it into a hypothesis, and how well you can execute on your dreams.

7. They want someone they can trust. Start with a conversation.

Get to know each other first. Let them know who you are. Rockstart cares that you’re a nice person, and they want someone they can trust. Start with a conversation and see where it goes.

According to a recent statistic from Hatcher+, only 10-30 per every 1,000 applicants are accepted to accelerators worldwide.

Their data also shows that “graduates of accelerator programs are increasingly showing up in unicorn lists … and that these companies are raising more money – and surviving and thriving longer – than non-accelerated startups”.

9. If this is your first company, experience in your industry counts.

First-time founders should have previous experience in their industry. If given the choice, accelerators will choose someone super smart, technical and very driven.

Demonstrate that you’re realistic and coachable. Be able to listen, be aware of the challenges you have, and be open to accepting their help.

If you’re a first-time founder, being slightly naive about what it takes isn’t necessarily a bad thing – it means you’re likely to exhibit energy and passion, and can take defeat well.

It’s a social process. The right attitude is everything.

For more insights on the key things accelerators look for, listen to my podcast with Andrew Burford, Head of Entrepreneurship at Imperial College in London, who ran EIT’s Climate KIC Accelerator for many years.

Andrew successfully mentored and coached 90 CleanTech teams to raise an average of €3.38M per team, with a 75% success rate after five years.

In this segment he talks about their intake process, and the importance of being coachable, among other things.

“First you’ve got to have the right people. What we mean by that is people that are able to listen and take feedback, take advice, absorb the environment and the thoughts there within. If they’re not able to listen, then they just carry on with their idea. They don’t change it and more likely than not, they’ll make a mistake.”

Learn the 5 secrets to a winning pitch. Ensure your value is recognised and get the results you desire and deserve...fast.

YES, GET ME FUNDED!

Since relocating to Europe from Silicon Valley in 2012, Beth has coached 2500+ international tech startups to pitch successfully to investors, clients and potential partners. In just 2 days, her clients learn how to transform their pitch and quickly raise an average of €4M in funding.

Join our Community and find out how Beth's clients raised €10 billion in funding.

You can find out more about which cookies we are using or switch them off in settings.

This website uses cookies so that we can provide you with the best user experience possible. Cookie information is stored in your browser and performs functions such as recognising you when you return to our website and helping our team to understand which sections of the website you find most interesting and useful.

Strictly Necessary Cookie should be enabled at all times so that we can save your preferences for cookie settings.

If you disable this cookie, we will not be able to save your preferences. This means that every time you visit this website you will need to enable or disable cookies again.